St. John the Baptist Catholic School has participated  in the Plattsmouth Harvest Festival parades since the festival began in 1932. According to Deb Walton, St. John’s Marketing Director, the school’s tradition is for eighth grade students and their parents to work on the creation and construction of the float. This work typically begins in mid-summer.

“The eighth grade float project is always a neat experience for students and their families, said Walton. “Families look back on the experience with so many fond memories.”

This year the school earned first place in the Kiddie Parade float competition on September 10 and a Grand Overall title in Saturday’s Grand Parade held September 11. The festival theme was “Remember the Past, Celebrate the Future.” 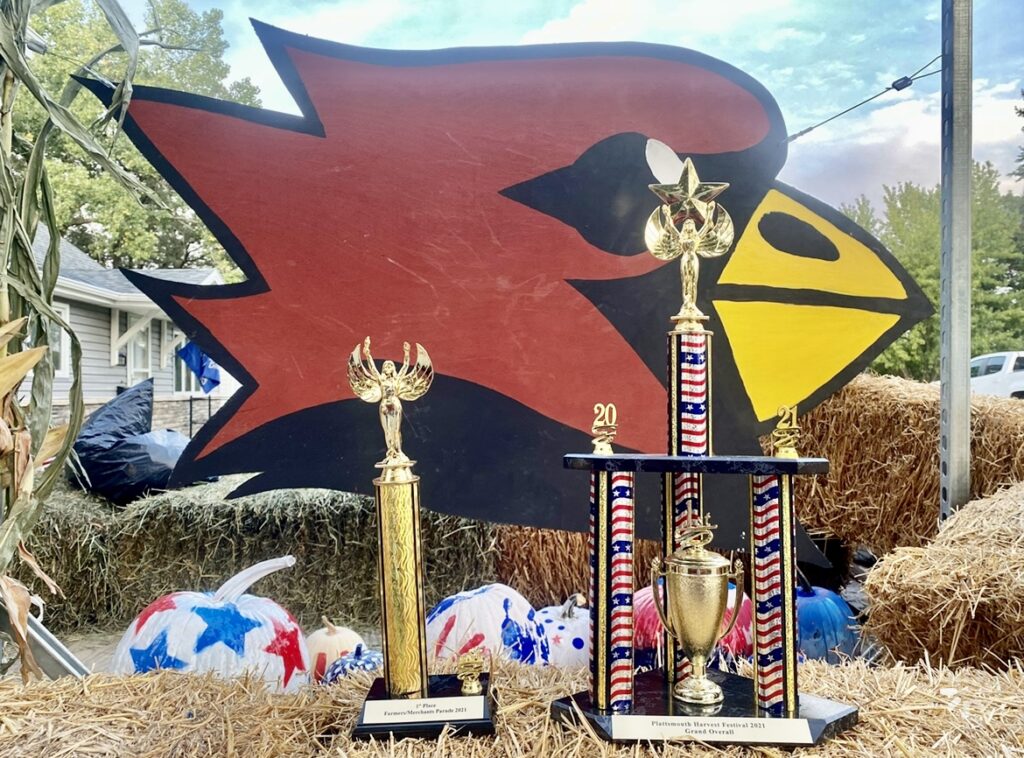 Walton said the eighth grade class float represented the past with a replica of the World Trade Center Cross and backdrop of the two towers. The towers were made from corn stock with two beams painted in blue and wrapped in lights. The beams of blue light shined in tribute of the men, women, and children killed during the terrorist attack on 9/11.

The front of the float boasted the school’s mascot, a cardinal. The cardinal is symbolic of faith and teaches us to prevail in the hope of all the good that is about to come and celebrate what the future will bring.

The back of the float featured a large American Flag made from corn cobs. The eighth grade class and their families dedicated the flag local hero Corporal Daegan W. Page and the 12 other American soldiers who lost their lives last month in Afghanistan. Behind the float’s corn flag, two students carried a “Hero” banner to honor and remember Daegan. View a video of the tribute to Corporal Daegan W. Page.

“Plattsmouth has been home for St. John the Baptist School for more than 100 years, said Walton, “so it’s only fitting that we also had our younger elementary students and alumni join in the parades with us. They are the best representation of our past, present and future. 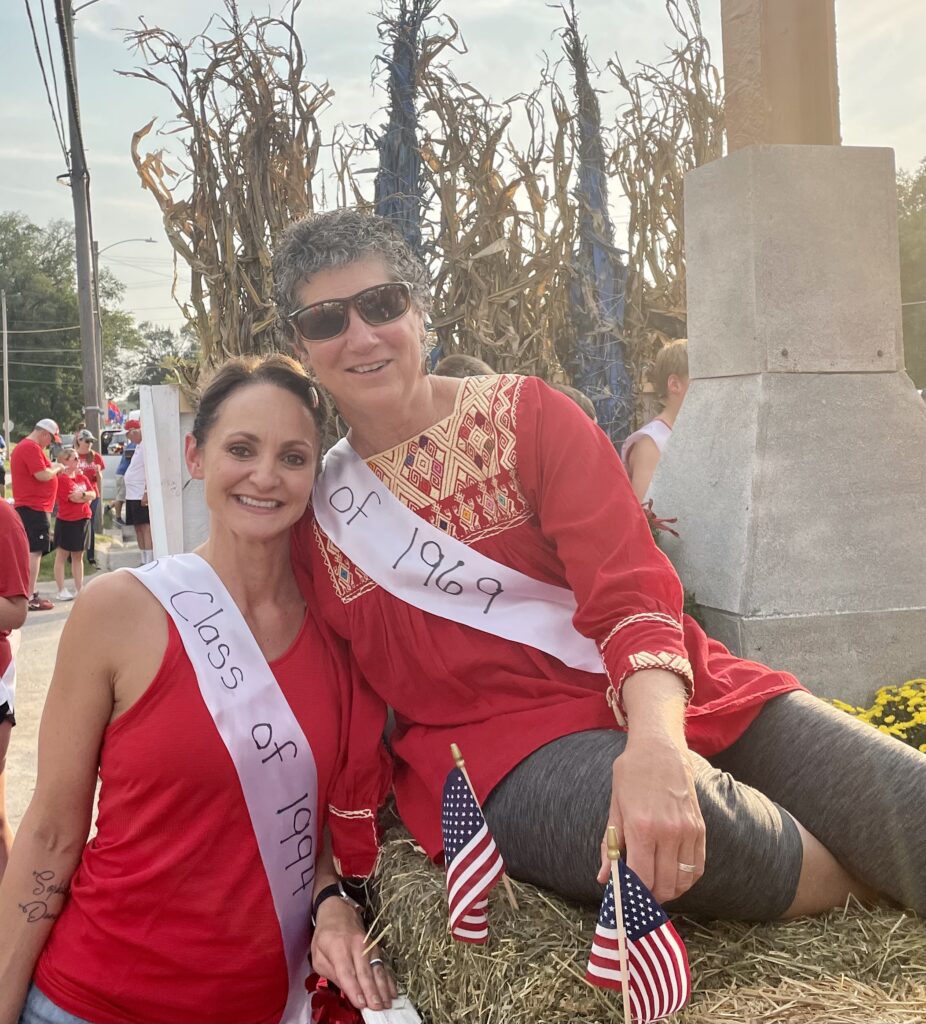 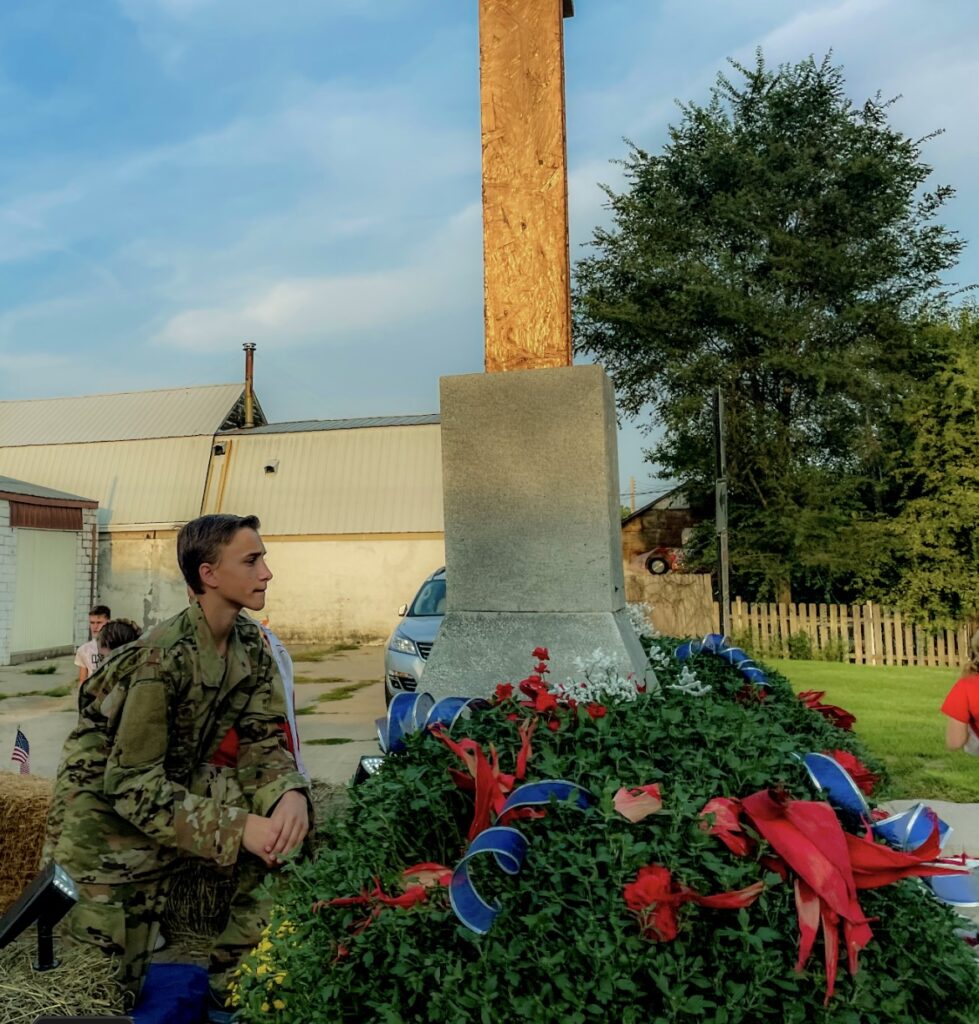 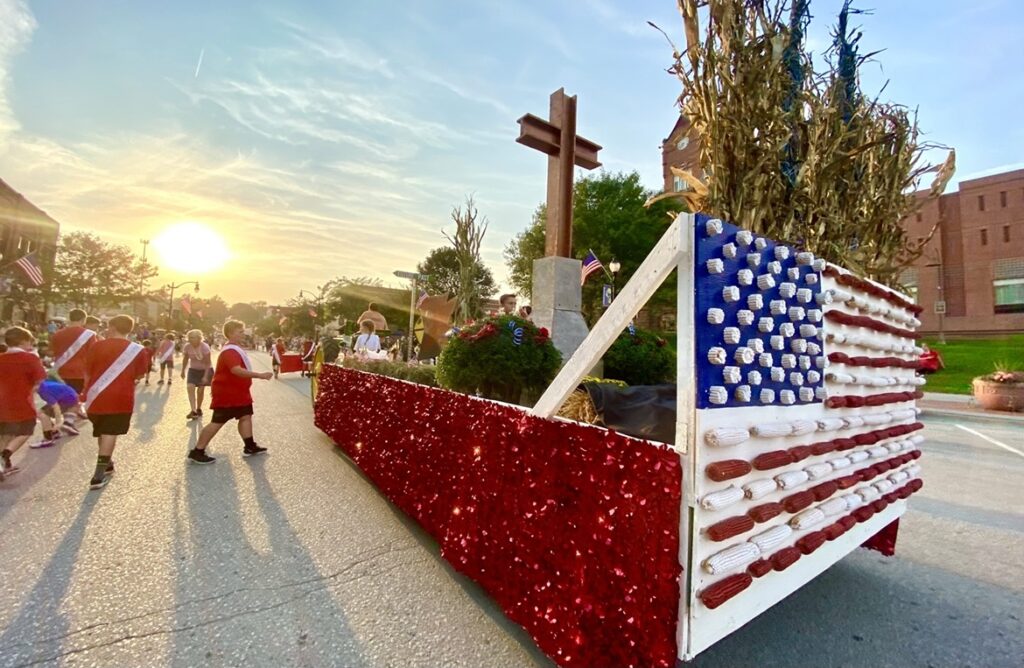 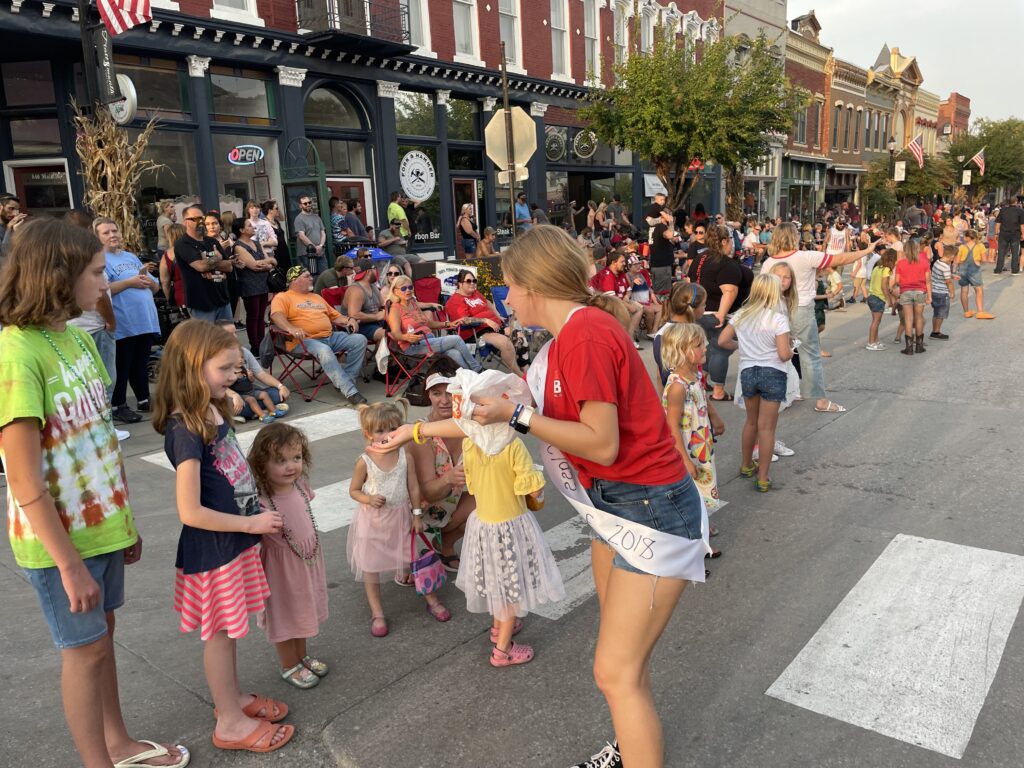 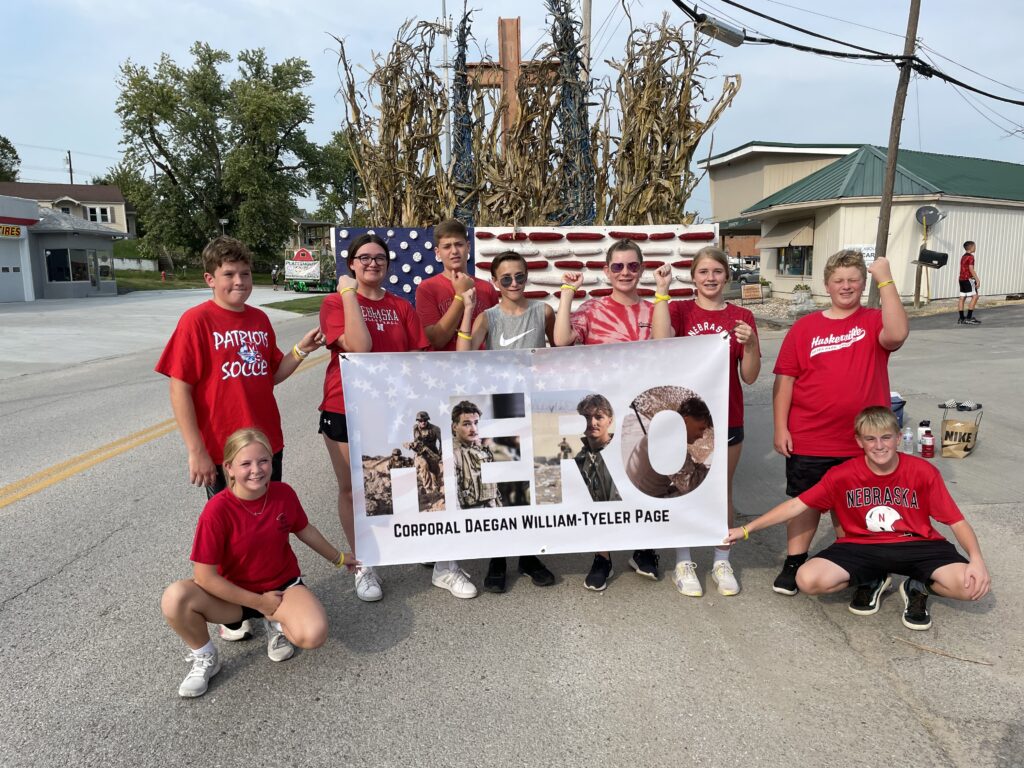 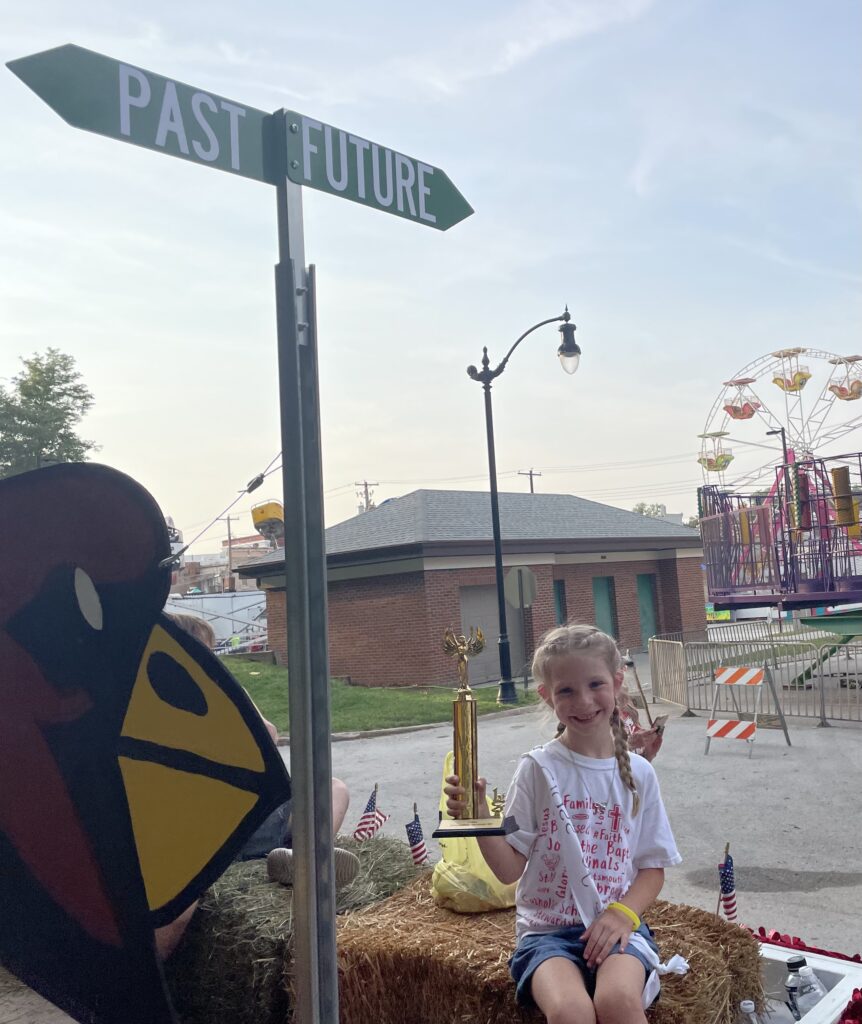 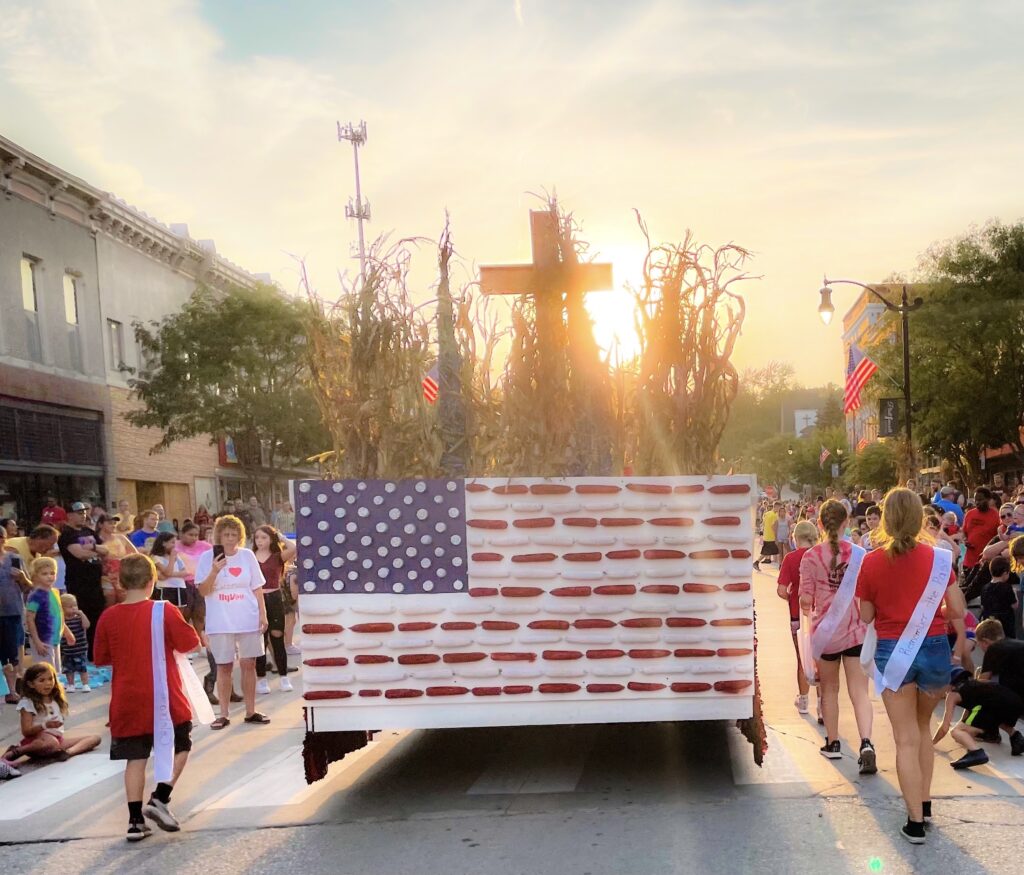 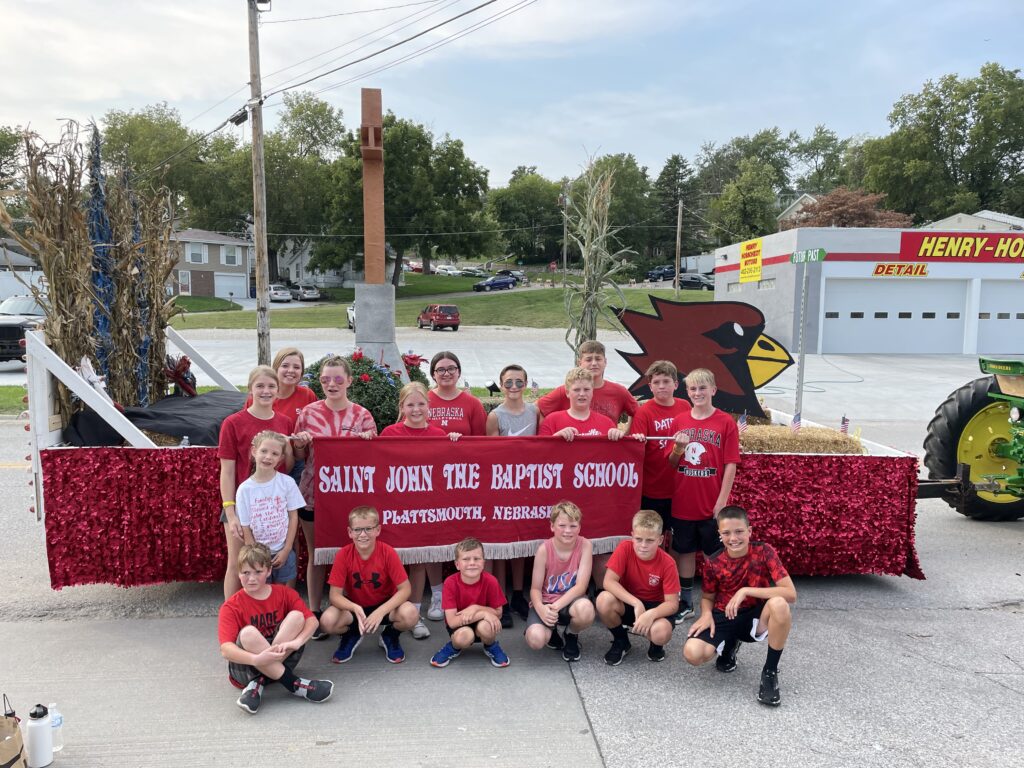